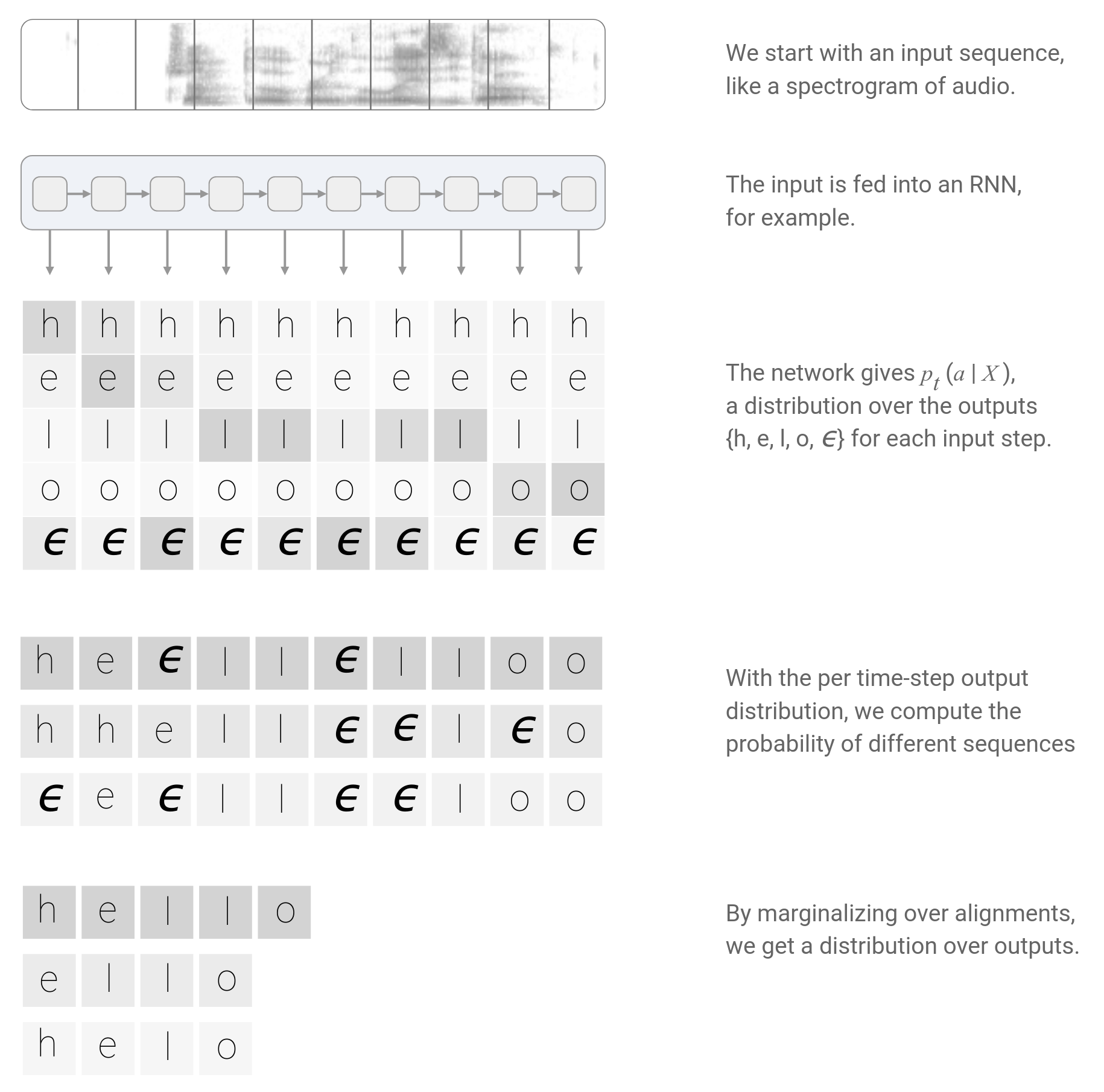 As you have probably found out, the predicted token sequence corresponding to a certain reduced sequence is not unique. Instead of being a one-to-one mapping, it is a many-to-one mapping.

The number of the predicted token sequence which could be reduced to the label sequence could be huge, thus it could be intractable to compute the marginalized probability. Fortunately, with the help of dynamic programming, the computation cost is asymptotically reduced.

The number of the predicted token sequence which could be reduced to the label sequence could be huge thus it could be intractable to compute the marginalized probability.

In the “Sequence Modeling With CTC”, there is an interesting mathematical statement with some modification from me. For a $Y$ of length $U$ without any repeat characters and $X$ of length $T$, assuming $T \geq U$, the number of CTC alignments (the number of different $X$s) is ${T + U \choose T - U}$. Here, $Y$ is the label sequence, and $X$ is any predicted token sequence.

Probably because I did not read as many papers as the author of the “Sequence Modeling With CTC” has read on CTC, I was not able to find the proof to this from the literature. Because it is an interesting statement, I would like to prove it by myself. 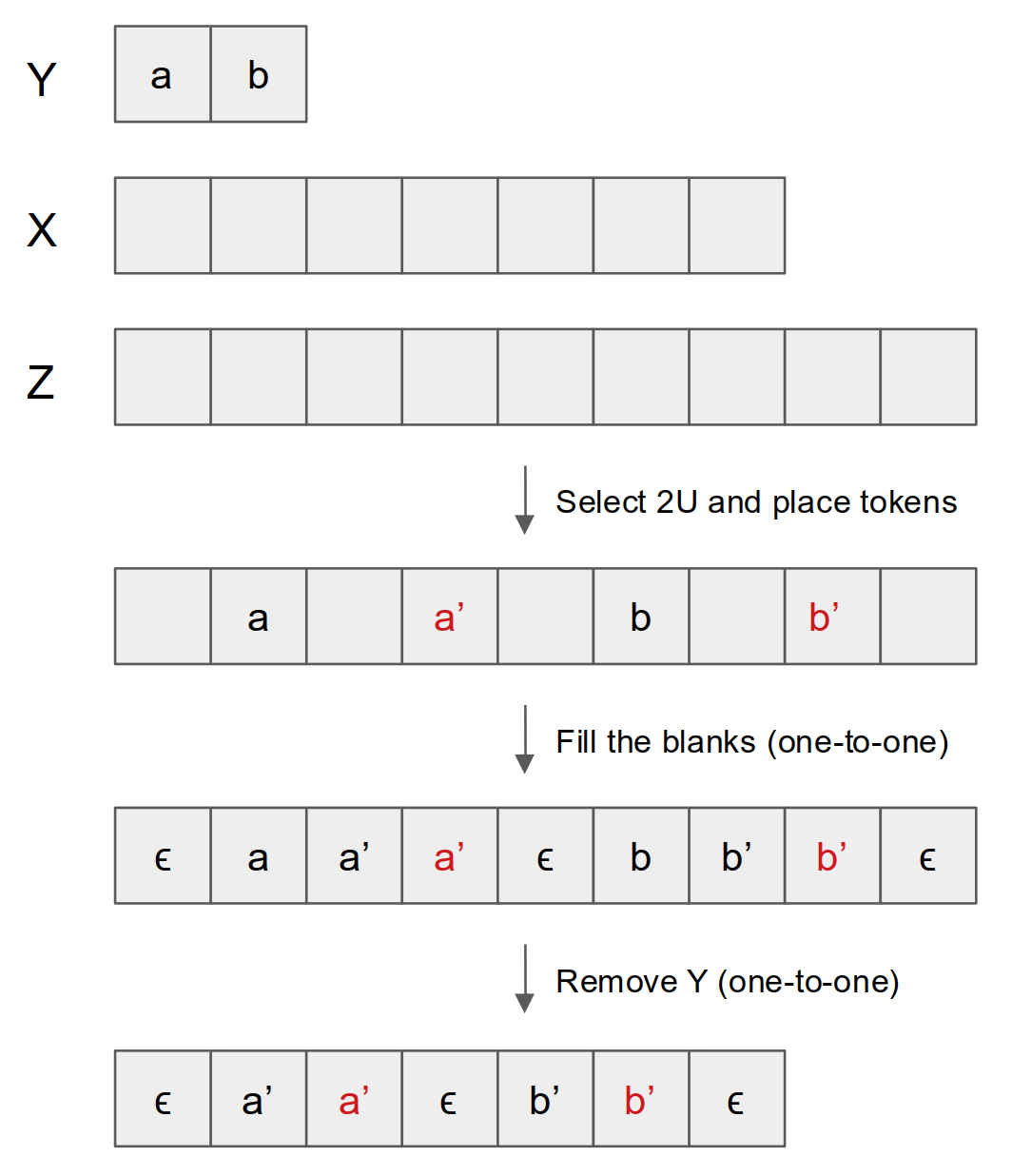 The next step is simply to remove the tokens from $Y$ in $Z$. This is a one-to-one projection.

This concludes the proof.

We could see that the number of CTC alignment could be very large, even for small $U$ and $T$s. Therefore, we need to use dynamic programming to compute the probability of the label asymptotically faster.