The entire research was rather conventional. However, there are a couple of places that are confusing to the readers, especially those who have read the original Transformer paper “Attention Is All You Need”, because some of the notations are not consistent. In this blog post, I would like to explain some of the key parts in the paper that have not been well explained.

So if the cell was repeated 3 times, there are $6 \times 3 = 18$ and $8 \times 3 = 24$ blocks for the original Transformer encoder and decoder, respectively. Calculating based on the number of layers also give the same number of blocks for both the encoder and the decoder.

Let’s see how the model was divided into blocks and cells. 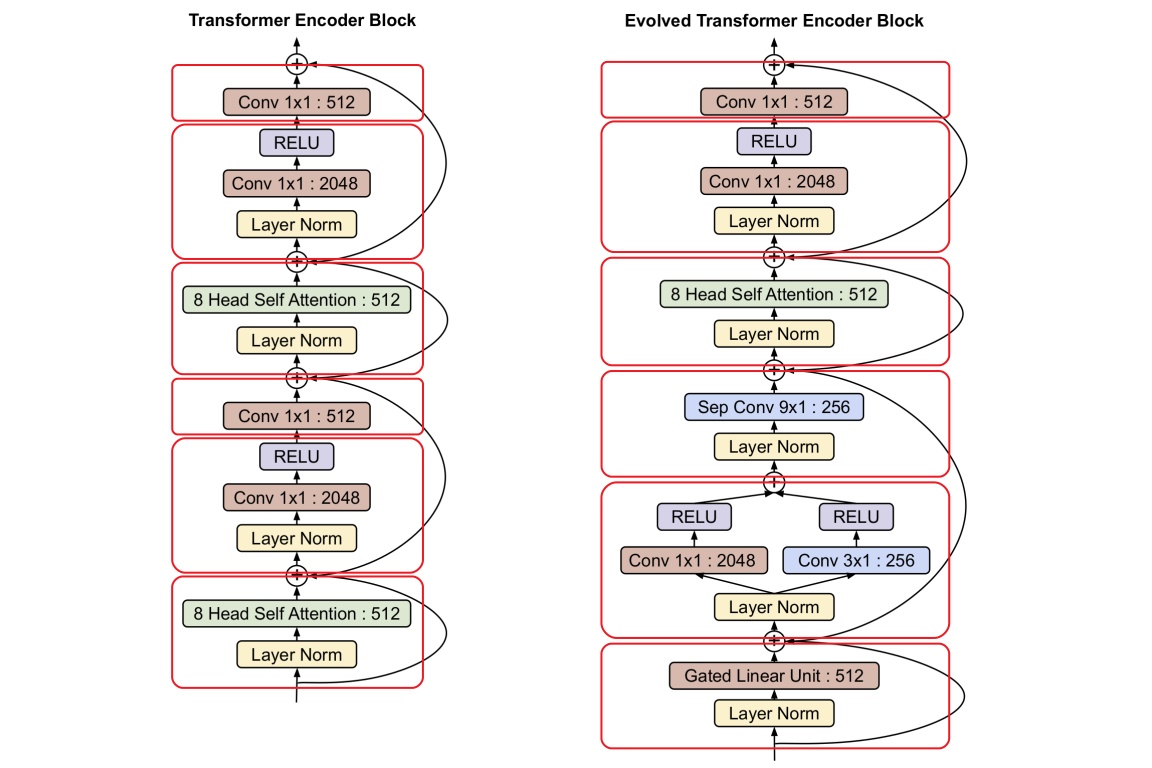 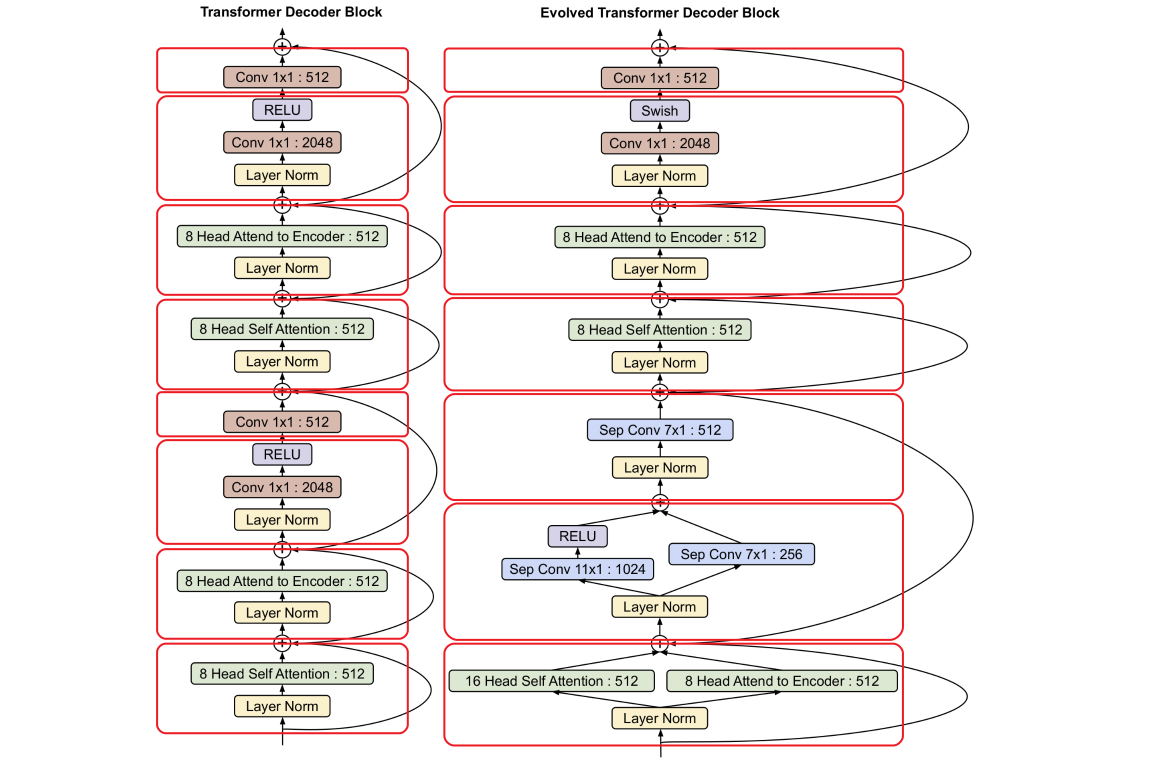 Note that the “Decoder Input” has been evolved from 1 in the original Transformer to 0 in the Evolved Transformer. That is why the first two blocks were “merged” to one block in the figure.

In the original Transformer, the skip connections could be represented using a branch natively where the branch contains an identity node and the input to the right branch could be different from the input to the left branch. If there is no skip connection or a second branch in the block, the branch is represented using “Death Branch”. The “Death Branch” could evolve to something that has actual nodes.

There is a YouTube video covering some of the basics of the paper, such as the vector representation for the blocks. However, it does not cover any of the things I described above, which I think is extremely necessary for understanding the algorithm.