In machine learning classification tasks, if you have an imbalanced training set and apply the training set directly for training, the overall accuracy might be good, but for some minority classes, their accuracy might be bad because they are overlooked during training. For example, in a binary classification task, you have 99 negative examples and 1 positive example in the training set, you model will likely try to learn how to classify the 99 negative samples correctly with extremely high confidence but the only one positive example will not receive attention in training and thus is likely to be classified incorrectly, or in a better scenario correctly with low confidence. What if people only care about the positive examples, even if you got 99% overall accuracy and 100% accuracy for the negative examples, the failure of positive example classification could hardly be tolerated. An ordinary way to overcome this problem is to do sampling to balance the dataset. If you have fewer samples in some classes, you sample them, or duplicate them so that the classes are balanced.

In object detection tasks, an imbalanced training set problem is more significant. Given an image, the object detection algorithms usually have to propose a good number of regions in which potential objects might sit. In R-CNN and Fast R-CNN algorithms, the number of regions proposed is limited intentionally to several thousand. In Faster R-CNN models and other models with CNN region proposal mechanisms, the number of regions proposed could be as high as several hundred thousand. Of course, most of the regions proposed are negative examples where there is no object inside. So this class imbalanced problem should definitely be addressed in object detection. In R-CNN and Fast R-CNN, because the model is not end-to-end and it consists of several distinct models, the class imbalanced problem could be solved by sampling more minor class samples or removing major class samples. However, in end-to-end models, sampling to balance the classes could not be easily achieved to the best of my knowledge. 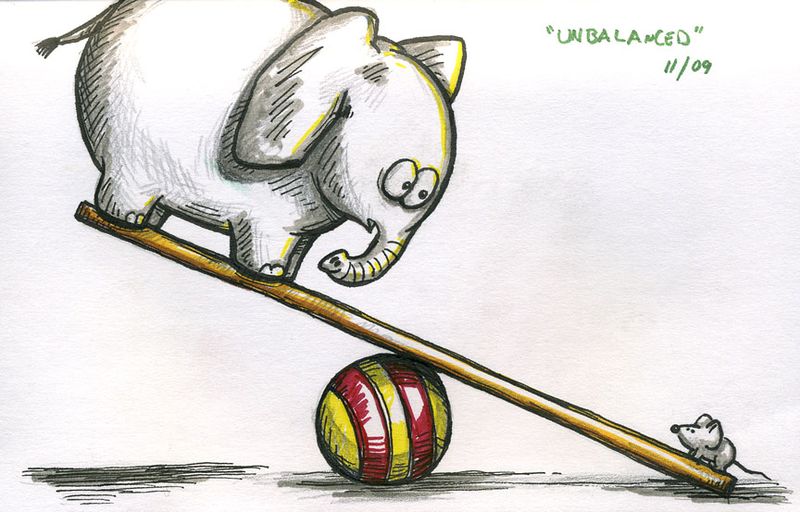 The mathematical expression for the discrete version of cross entropy is:

It is also not hard to find out that the log loss we normally used in binary classification is actually a special case of cross entropy loss where the number of classes $n=2$:

It is also not hard to find out that the above expression is equivalent to the below expression:

Formally, the focal loss is expressed as follows:

Where $\gamma$ is a prefixed positive scala value and

This reminds me of the boosting algorithm where the previously incorrectly classified examples will receive more weights but in a different context.

Let us set $\alpha = 0.25$ and $\gamma = 2$. Thus $\alpha_t = 0.25$ for positive samples, and $\alpha_t = 0.75$ for negative samples. Note that it makes more sense to use $\alpha = 0.75$ since the positive samples are usually minorities. However, we could see in the calculations below that the contribution of $\alpha$ sometimes does not affect loss significantly. But in practice, we may fine-tune this $\alpha$ to get better model accuracies.

In the scenario using focal loss, the loss from negative examples is

This extreme example demonstrated that the minor class samples will be less likely ignored during training.

In practice, the focal loss does not work well if you do not apply some tricks. In conventional neural network optimization, the weights are initialized according to some distributions so that the output from each layer will be normally distributed (Xavier initialization for example). If so, the value of the output layer for sigmoid function will also be normally distributed, because the product or sum of two Gaussian variables are also Gaussian variables. Therefore the initial probability distributions of all the regions proposed, regardless of positive or negative samples, will follow some distribution centered at 0.5. This makes the minor positive samples less important in the initial training stage. Therefore, initially, maybe for a very long period of time, the training will not go very well for the positive samples.

Therefore, according to sigmoid function,

$p = 0.01$ means that for positive samples there are all extremely incorrect in the forward propagation thus receiving high weights, for negative examples there are extremely correct in the forward propagation thus receiving low weights. Therefore, the positive examples will receive “attention” in the early training stage and the whole training process is likely to go smoothly.

Focal loss is very useful for training imbalanced dataset, especially in object detection tasks. However, I was surprised why such an intuitive loss function was proposed such late. I am also not sure whether my memory about seeing similar loss functions in old literature is correct. Anyway, I hope this makes focal loss, its motivation, intuition, and math crystal clear.