In this blog post, we will first review Lasso and Ridge regularization, then take a look at what Group Lasso is, and understand why Group Lasso will cause sparsity for weights.

Given a dataset $\{X, y\}$ where $X$ is the feature and $y$ is the label for regression, we simply model it as has a linear relationship $y = X\beta$. With regularization, the optimization problem of L0, Lasso and Ridge regressions are

We further group $X$ accordingly. We denote $X^{(l)}$ as the submatrix of X with columns corresponding to the weights in $\beta^{(l)}$. The optimization problem becomes

The most intuitive explanation to the sparsity caused by Lasso is that the non-differentiable corner along the axes in the Lasso $||\beta||_1$ are more likely to contact with the loss function $||y - X\beta||_2^{2}$. In Ridge regression, because it is differentiable everywhere in the Ridge $||\beta||_2$ , the chance of contact along the axes is extremely small. 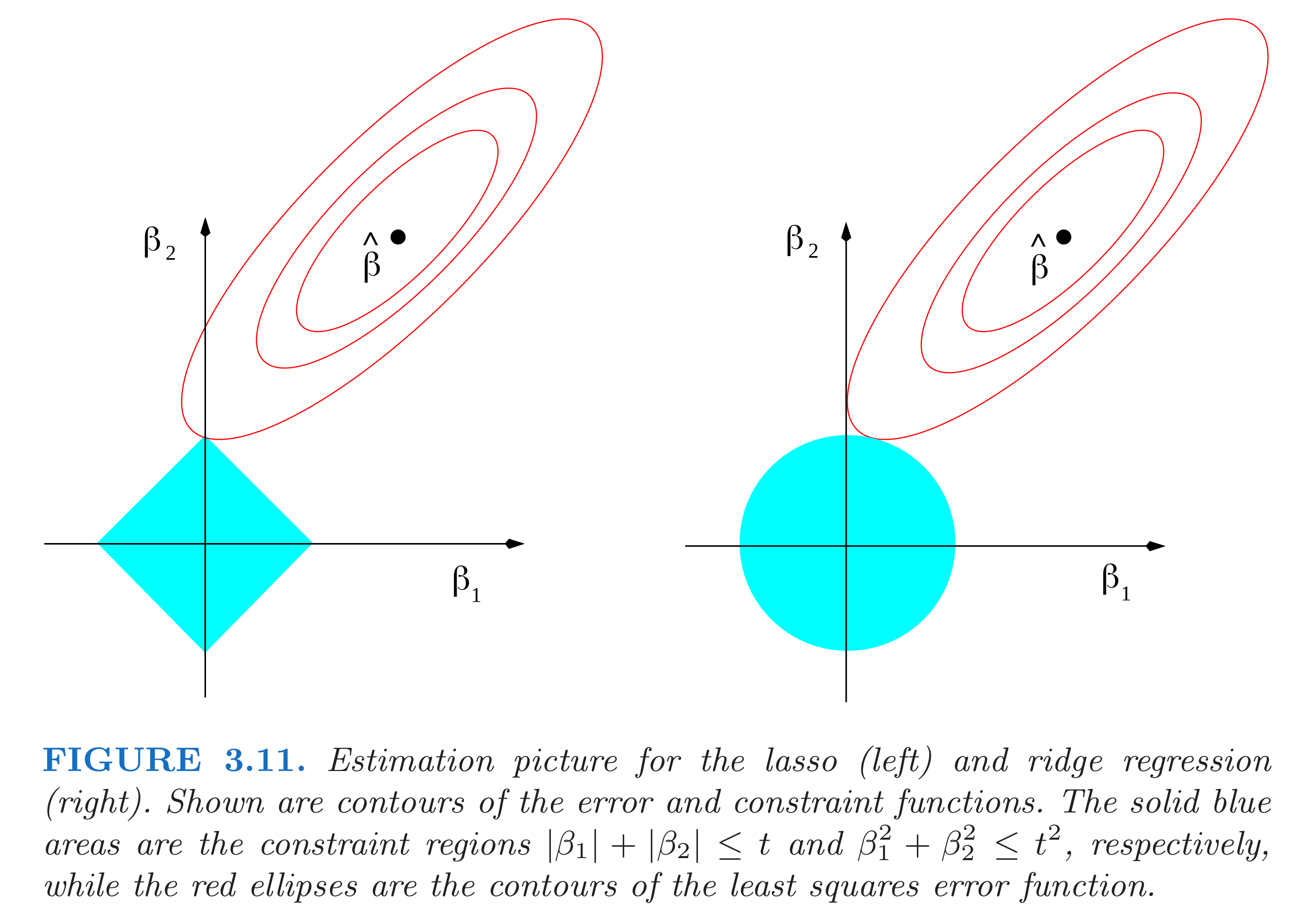 Similarly, the original authors of the Group Lasso have provided the geometry for Lasso, Group Lasso, and Ridge on three dimensions. In Group Lasso in particular, the first two weights $\beta_{11}, \beta_{12}$ are in group and the third weight $\beta_2$ is in one group. 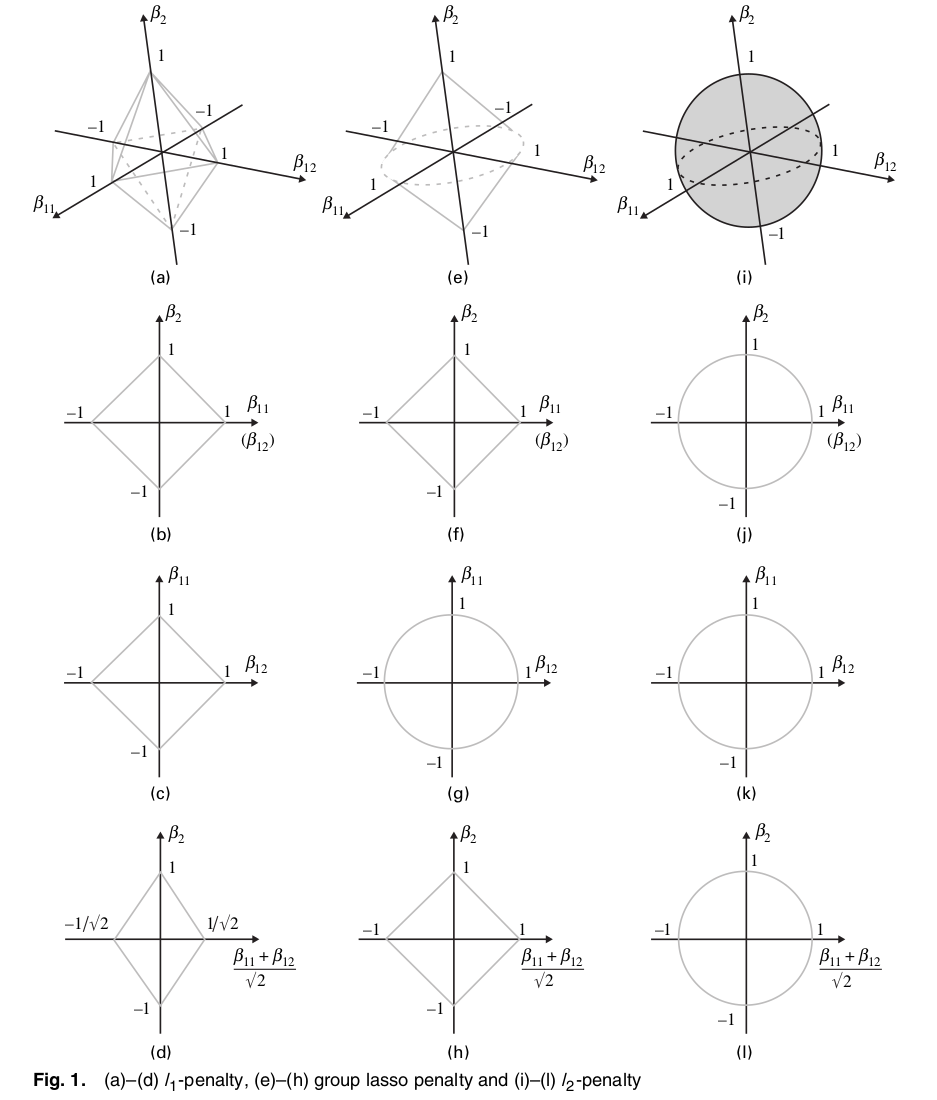