Later last year and early this year, I read Noson Yanofsky and Mirco Mannucci’s book “Quantum Computing for Computer Scientists”, hoping to learn some of the fundamentals to the popular quantum computing. I was too busy this year and I just got some time to quickly review the book after reading it for a long period of time. 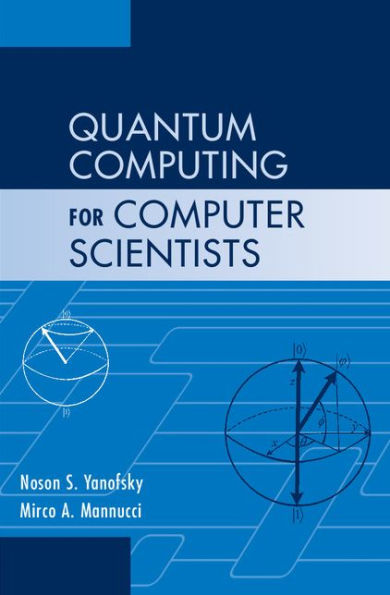 Actually, I have only read the chapter from 1 to 6 (page 1 to 219), which covered all the basic mathematical foundations and algorithms for quantum computing. I like the fact every single quantum process could be described mathematically and this book surely tried its best for doing so. The more valuable part of the book I think should be the chapter from 7 to 11 (page 220 to 316), which covered how to implementation of quantum computer and its applications in a couple of fields. Unfortunately, I did not have time to read them. Maybe I will update the review later if I finished reading the entire book.

Because I have only read the chapter from 1 to 6, I should only be critical about those chapters and describe my feelings. Maybe some of the weakness has been complemented in the later chapters.

Moreover, as mentioned in the book name, this book tries to teach the reader how to understand quantum computing from the perspectives of math and computer science. It tells you that there are some magical unitary quantum operator that does certain kind of mathematical transformation without letting you know how the quantum operator was implemented in reality and what the physical nature it is. That is to say, we understood the math but we did not understand the nature. Given some black boxes and their mathematical description, putting these black boxes together in certain way resulted in a certain pipeline that could be useful for solving problems. This prevented the reader from trying to learn being innovative. Without knowing how the black boxes were implemented, we are only limited to the black box quantum operators described and cannot “invent” more quantum operators that are useful for solving new problems. The classical quantum algorithms have been described for solving certain problems, but it does not inspire the reader to the programmably solving new problems, making the reader feel the application of quantum computing is very limited (maybe it is).

3/5. The book is not friendly to the beginners. In my opinion, it does not inspire conventional computer scientist to solve problems using quantum computing either. Maybe Qiskit’s textbook is better and it allows you to implement and run things interactively.