To get the best performance or compatibility out of the CUDA program, sometimes it is necessary to understand how CUDA compilation works.

In this blog post, I would like to quickly talk about a couple of CUDA key compilation files and how a CUDA program is compiled at a very high level, assuming the readers already have some knowledge of C++ compilation.

GPU compilation is performed via an intermediate representation, PTX, which can be considered as assembly for a virtual GPU architecture. Same as the assembly for CPU, PTX are always represented in text format.

Because there could be multiple PTX and optionally multiple CUBIN files, NVCC merged these files into one CUDA fat binary file, FATBIN. This FATBIN file would ultimately be embedded into the host code binary file compiled from the C++ compiler.

CUDA compilation works as follows: the input program is preprocessed for device compilation compilation and is compiled to CUDA binary (CUBIN) and/or PTX intermediate code, which are placed in a fat binary FATBIN. The input program is preprocessed once again for host compilation and is synthesized to embed the FATBIN and transform CUDA specific C++ extensions into standard C++ constructs. Then the C++ host compiler compiles the synthesized host code with the embedded FATBIN into a host object. 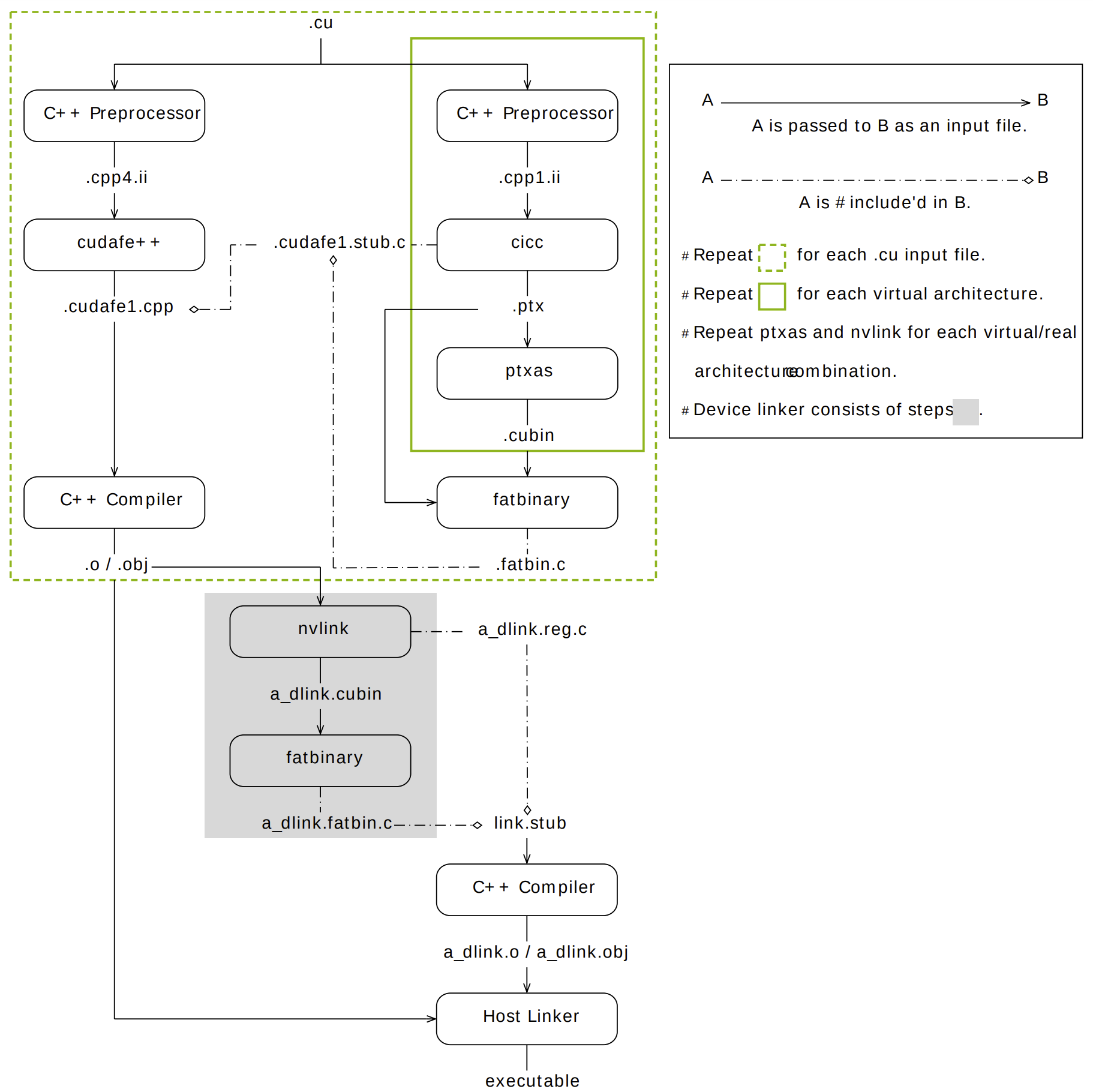 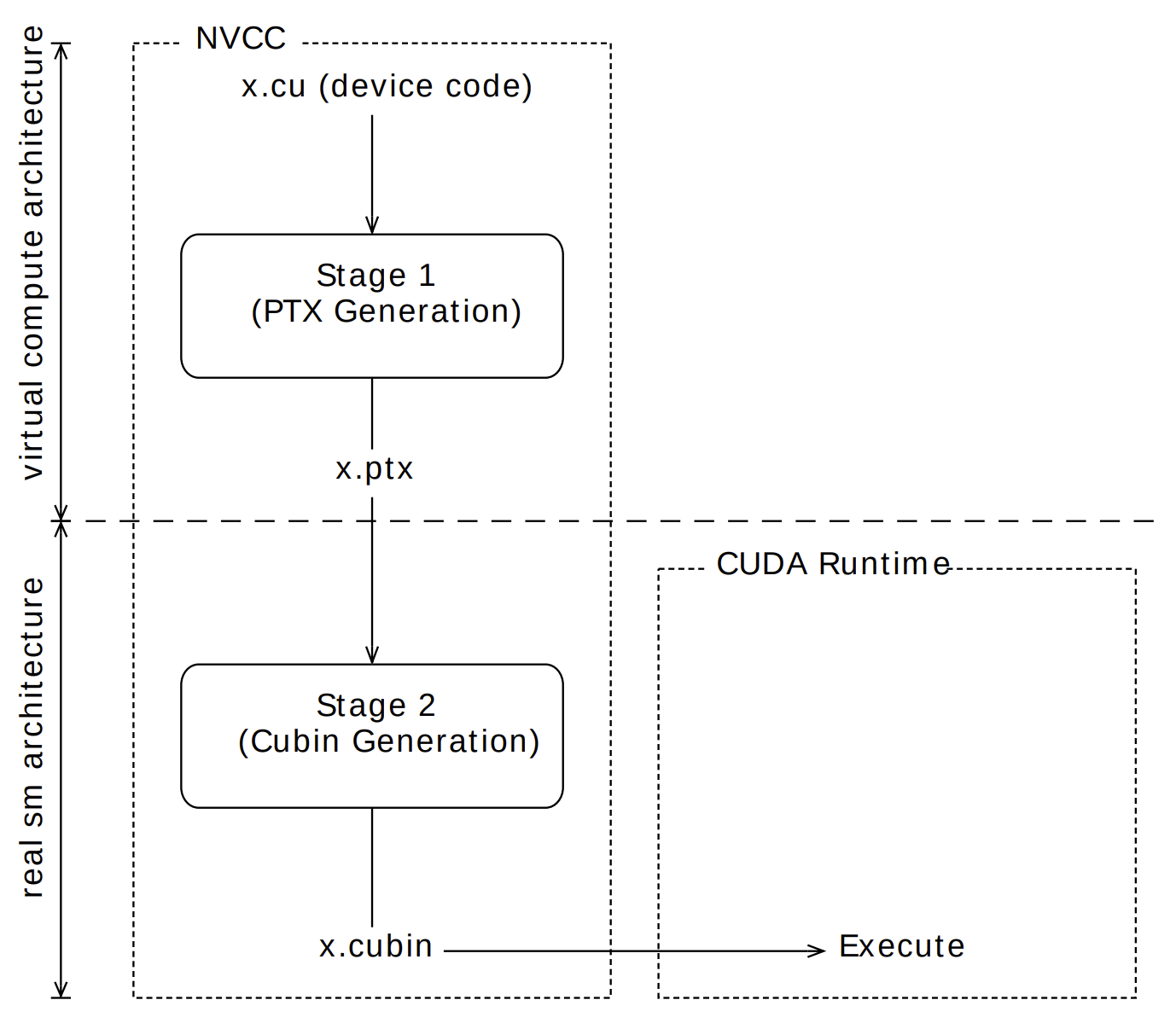