In this blog post, I would like to discuss about the CUDA kernel execution overlap and why we could or could not see them in practice.

We observed full-parallelization for blocks_per_grid = 1. However, we could also see that the time spent for finishing all the kernels was long because the GPU was not fully utilized. 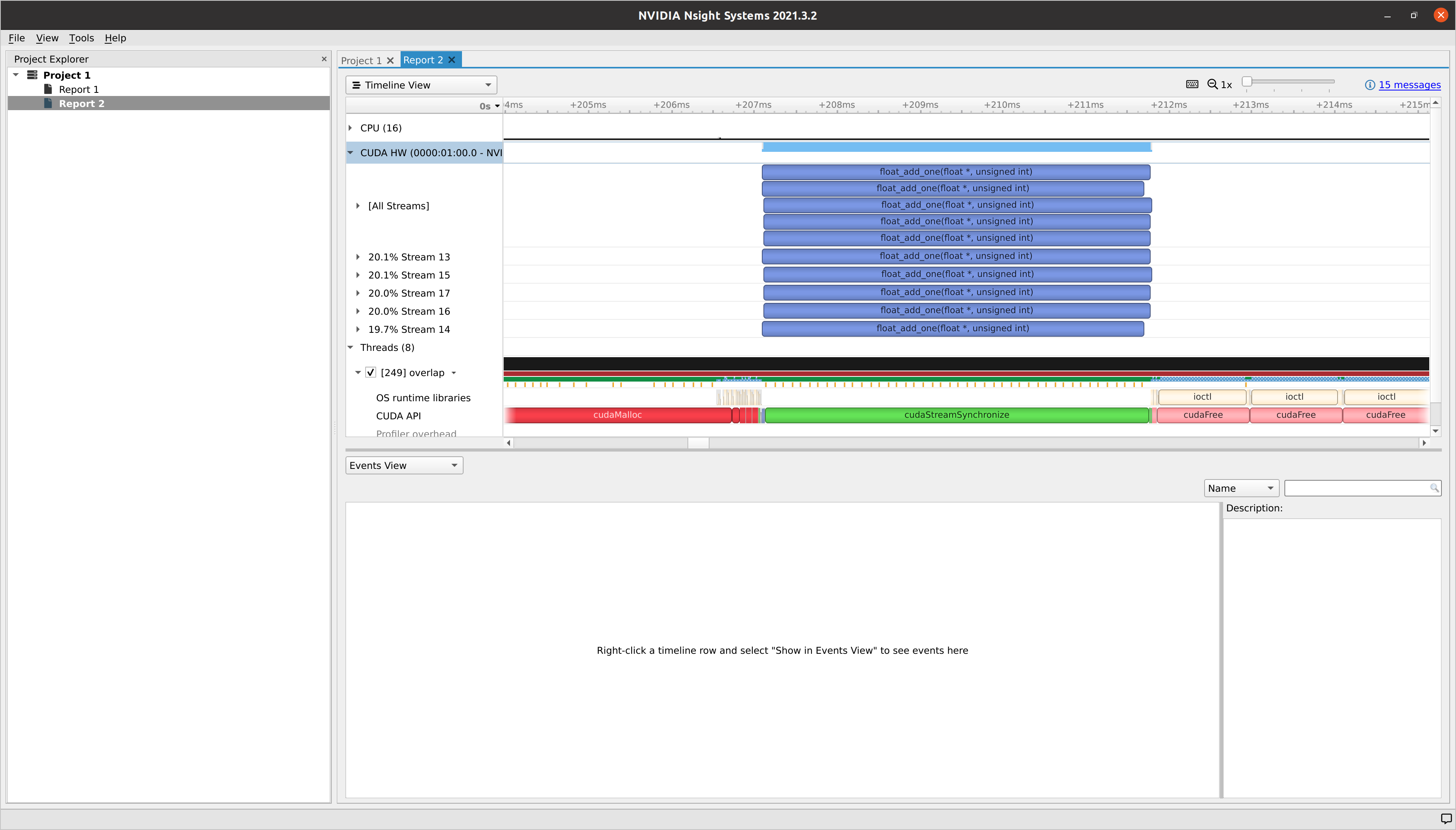 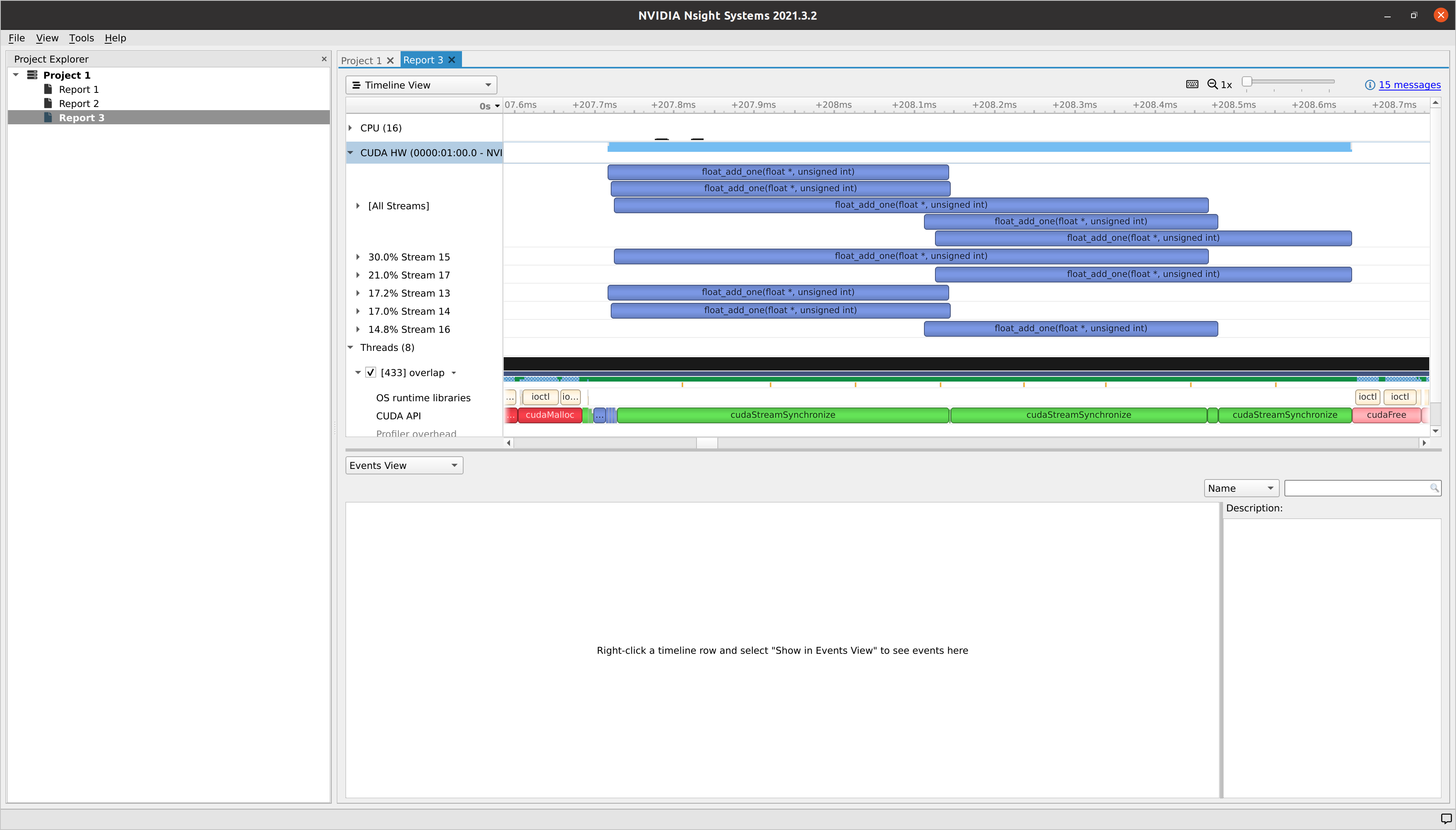 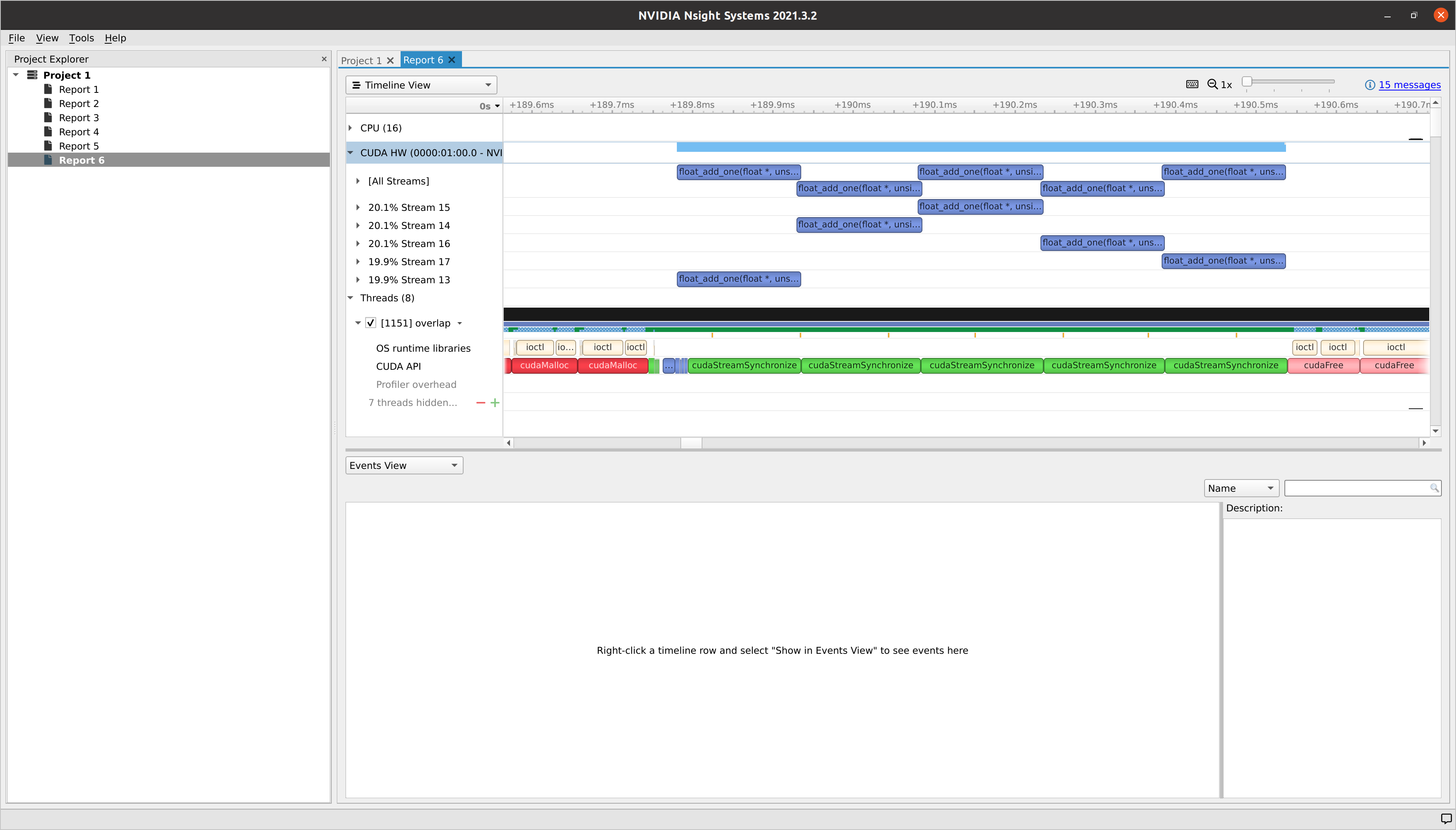 It is also possible that there is no kernel execution overlap even if there are sufficient computation resources. It could be due to that there are CUDA commands issued by the host thread to the default stream between other CUDA commands from other different streams causing implicit synchronization.

As of CUDA 11.4, the default building argument is still legacy. The user would have to manually change it to per-thread in order to use the per-thread default stream. From the CUDA 11.4 NVCC help:

If the no CUDA kernel execution overlap was due to the implicit synchronization from the default CUDA stream, we should probably think of disabling it by enabling the per-thread default stream.