In this blog post, I would like to discuss about how to install and use Nsight Systems in Docker container so that we could use it anywhere that has Docker installed.

To build the Docker image, please run the following command.

To run the Docker container, please run the following command.

We could now profile the applications from the Docker container, from the Docker local host machine via Docker mount, and from the remote host such as a remote workstation or an embedding device.

Using Nsight Systems to profile the two implementations, we could clearly see that there are no data transfer and kernel launch overlap from the implementation that does not use page-locked memory. Based on this, we realized that we made a mistake or there could be optimization opportunities. 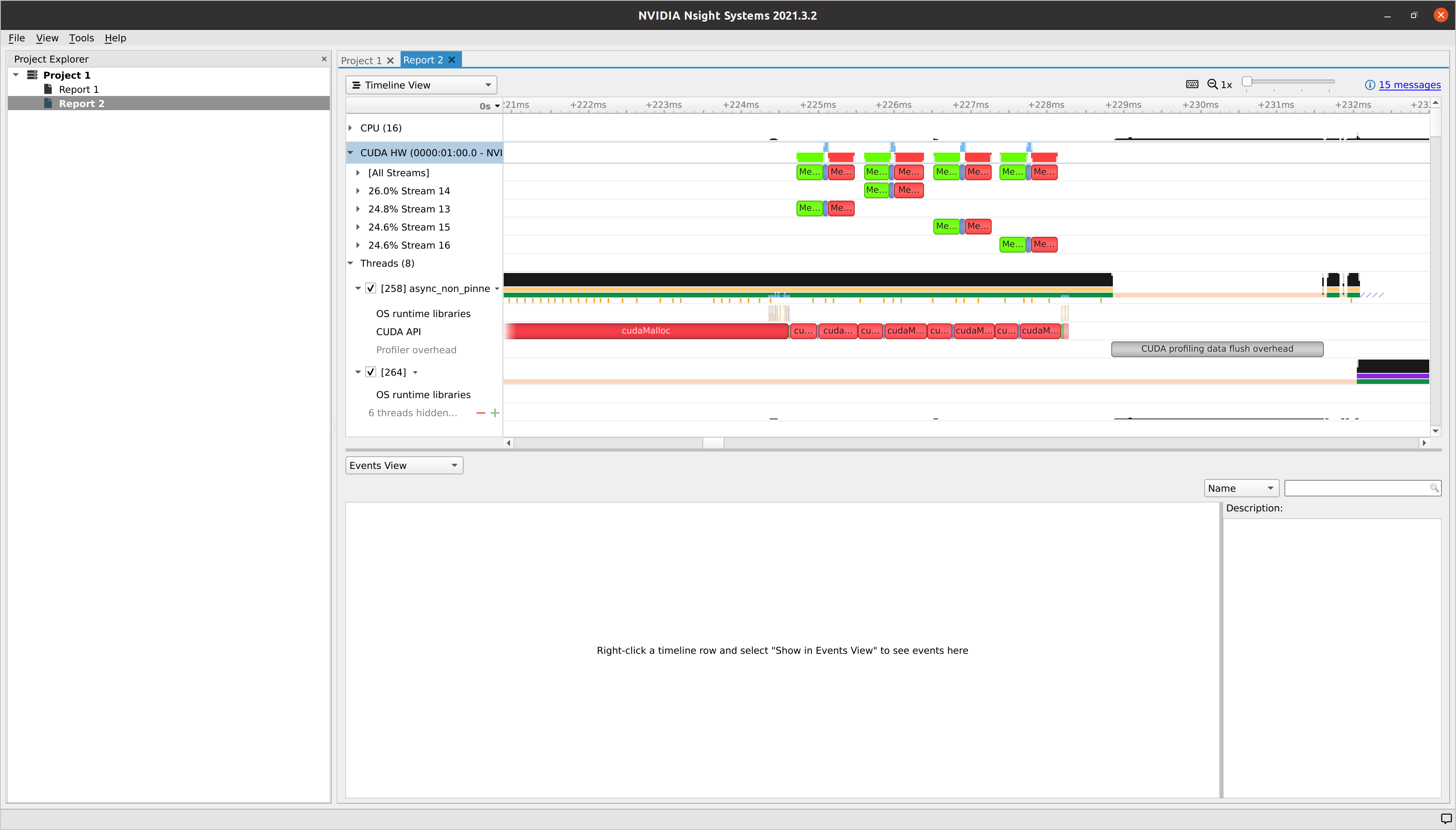 By switching to page-locked memory, we could see data transfer and kernel launch overlap. 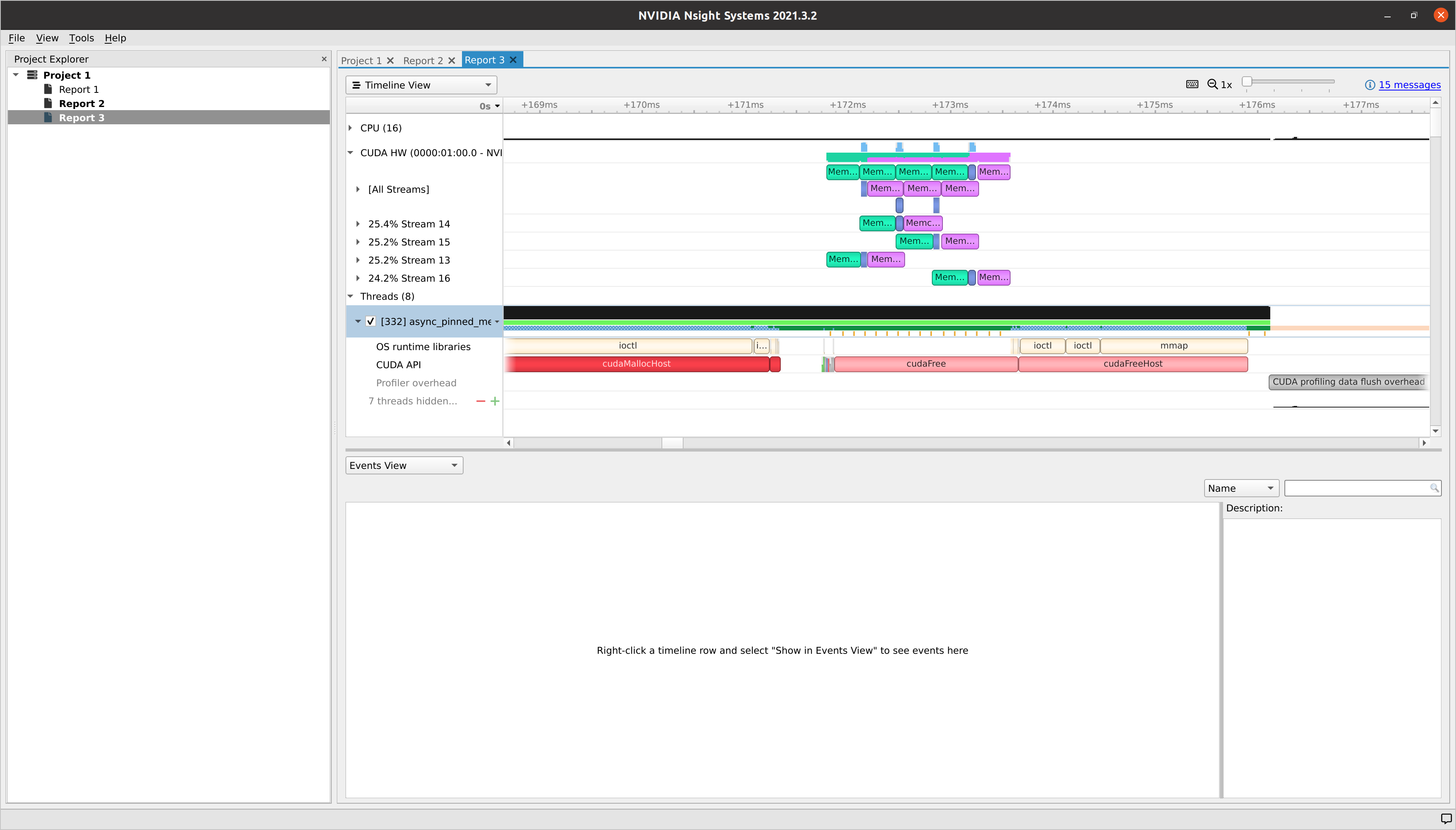 All the Dockerfiles and examples are available on GitHub.