In this blog post, I would like to discuss the inline optimization mechanism and the best practice of creating inline functions for programs.

To understand how the inline specifier helps to optimize the program, we have to understand the memory model for modern computer programs.

The memory model for modern computer programs has stack. When a function is called during runtime, some necessary information, such as the return address, local variables, and function arguments, will be allocated and pushed to the stack.

Consider computing a the factorial of $n$ using a recursive function fact, for each recursion, a fact function information will be pushed onto the stack. 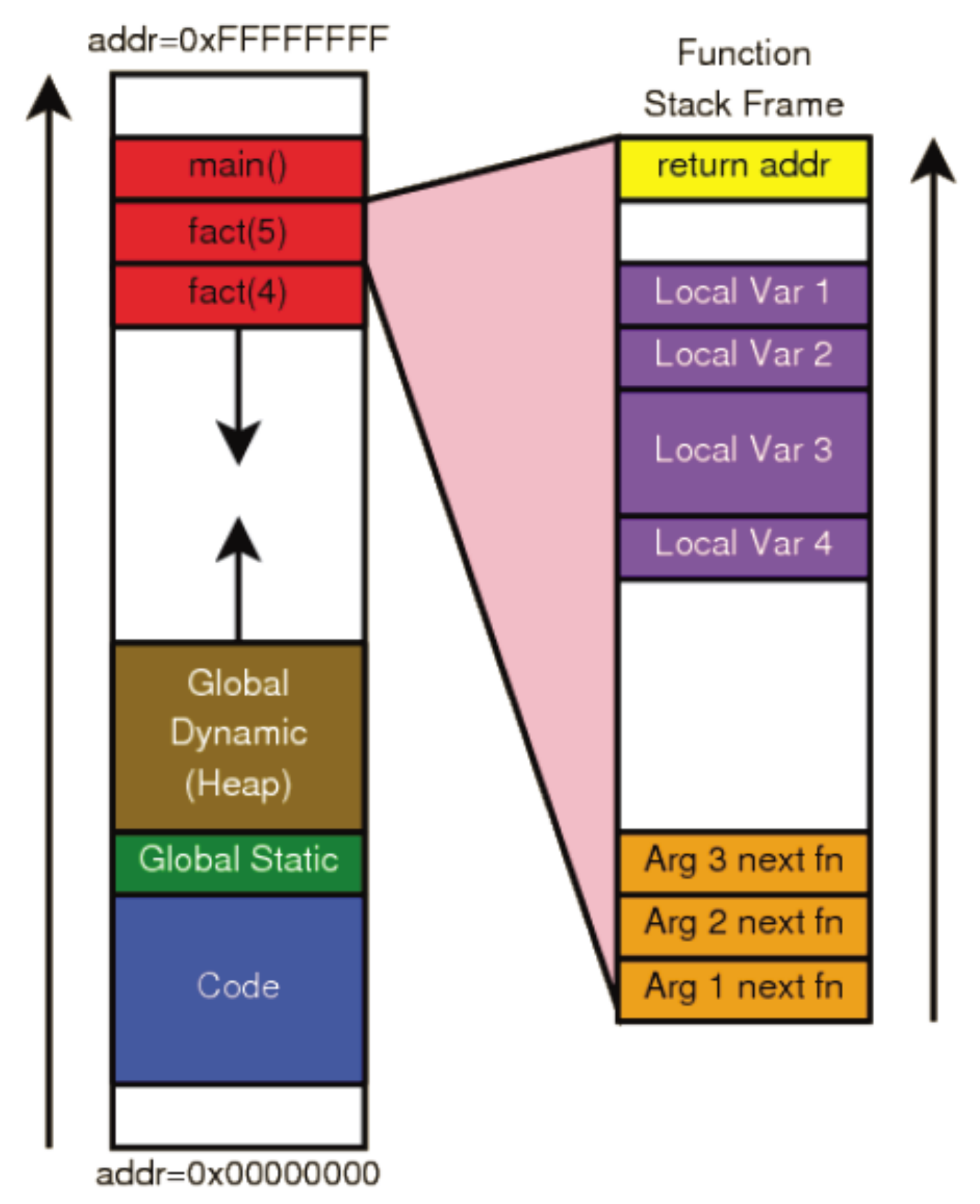 So when there are too many recursions during runtime and the function does not get return before the program used up the available memory space for stack, we will get “stack overflow” error. Iterative function will not have this kind of problem.

The “negative” effect of calling nested functions from the current function is that it introduced overhead time for pointing to the function code, pushing and pop information from the stack. If we only have a single main function in our program without any auxillary functions, which surely we can write, the program would be “linearly” executed, the overhead time I mentioned above could be eliminated, and thus the program should be faster. However, because there is only one main function and we could not reuse the code from auxillary function, the code size on the memory could be too big to fit into the memory.

This is very useful for some functions that will call many small functions during runtime. With the inline of the small functions, the code size on the memory will not grow too large, and the number of push and pop from stack is reduced significantly.

The following example has the library header file foo.h, the library source file foo.cpp, the main program source file main.cpp, and the CMake file CMakeLists.txt. We would like to make some of the functions or methods inline.

This is a common error for implementations that uses the inline specifiers.

The correct inline method is to move the definition of the functions that we would like to inline to the header.